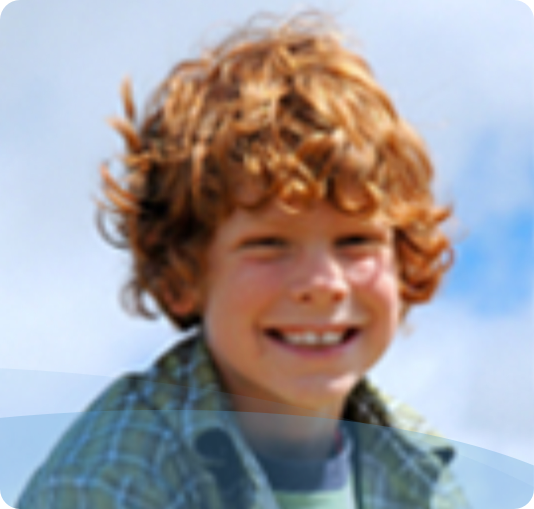 As an infant, Ryan tired easily, had trouble feeding, and his growth was poor. Around 8 months of age the vomiting began and the fatigue worsened. And just days after his 1st birthday, Ryan’s poor growth became so concerning he was admitted to the hospital for failure to thrive.

After two exhausting years filled with dozens of specialists and tests, our son was diagnosed with eosinophilic esophagitis (EoE) at age 2½. But, we weren’t out of the woods. Another year of failed treatments, multiple endoscopies and biopsies, and more doctors followed. In an effort to keep him out of the hospital, Ryan was fed small amounts hourly — even through the night — to try to maintain his weight.

Elimination diets and supplementation with EleCare were initiated but Ryan was not improving. Vomiting, weight loss and poor vertical growth persisted. Ryan underwent the surgical placement of a feeding tube and began using EleCare as his sole source of nutrition. We lost a lot of sleep over the decision, but within a few weeks, we knew we made the right choice. Using only EleCare, Ryan thrived for the first time.

We Have Our Son, and Our Lives Back

Ryan grew, gained weight, and had more energy. He signed up for karate a month later and started swimming that summer. Watching Ryan transform from a sickly child to a vibrant child in a few short months was amazing. I can’t help but notice his smile and his energy. Gone are the sleepless nights, the stress of trying to maintain his weight, and the anxiety over the future.

Ryan continues to have exacerbations and remissions of his disease — a disease he will live with for the foreseeable future. He has been able to add foods to his diet but continues to rely on EleCare for half of his calories and nutrition. He is a happy kid. Just like his friends.