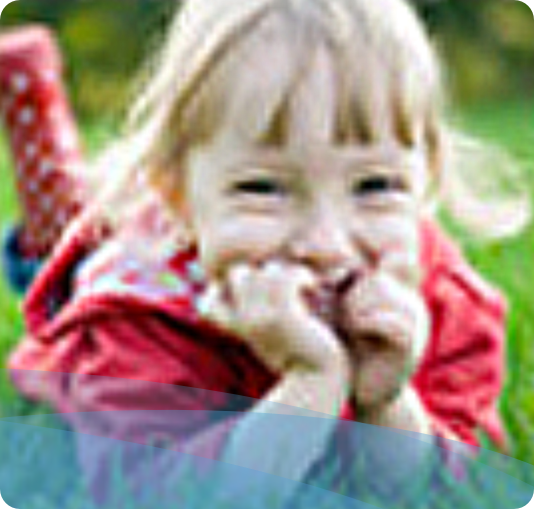 Peighton was born at 36 weeks weighing 6 pounds and 10 ounces. Within her first days, she became very ill with projectile vomiting due to food sensitivity. We tried switching formulas, including rice and soy formulas, but nothing helped. At 5 weeks, Peighton was hospitalized because of her inability to eat and her severe weight loss.

Our doctors were honest with us; they didn’t think Peighton was going to make it. So we took matters into our own hands. After countless hours researching, we found the best gastroenterologists in the country. Amazingly, they were only five hours away. During Peighton’s hospital stay, our doctors recommended we try EleCare® as her sole source of nutrition. For the first time, Peighton could keep her formula down. Soon after, she began gaining weight and continued to do so for about six months.

We started introducing Peighton to solid foods, but the vomiting returned. As her condition worsened, she was readmitted to the hospital. During her 17-day stay, Peighton was fed EleCare through a nasogastric tube (NG tube). After Peighton left the hospital, we continued to feed her EleCare every hour, even as she slept.

Today, Peighton is two and a half years old and still relies on EleCare for most of her nutrition. But we’re making progress! Peighton can now tolerate eggs and some fruit. We take it one day at a time.