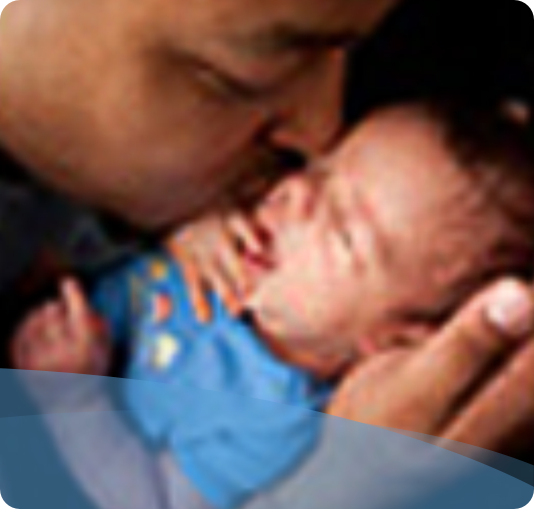 Our amazing son, Kaareen, arrived a month early weighing just under 4 pounds. The odds were stacked against our little guy, but he was ready to put up a big fight. Kaareen was born with Down syndrome, two large holes in his heart, and a clubfoot. While in the hospital, Kaareen got an infection in his intestine and needed emergency surgery.

During surgery, they had to remove 80% of his intestine and placed a gastrostomy tube (G-tube) and colostomy bag. After surgery, Kaareen was introduced to EleCare. We fed him a little by mouth and the rest through his G-tube. Almost immediately, we noticed that EleCare was helping Kaareen gain weight.

Kaareen needed surgery to reconnect his intestines and remove his colostomy bag. He recovered well, but we were told he would need an additional surgery to fix his heart defect. We thought that was the last of Kaareen’s surgeries and we could begin living a normal life. But a few months later, he began having severe diarrhea.

Kaareen was admitted to the hospital again and stayed for a month while they ran more tests. During his stay, doctors stopped giving Kaareen EleCare and introduced several other infant formulas. But none were tolerated and his condition quickly worsened. They put him back on EleCare and immediately, his condition improved.

Kaareen has had a few more surgeries but remains very happy. He still has his G-tube but is starting to eat baby food by mouth. Kaareen still relies on EleCare and continues to gain weight — our bundle of joy is loving life!