EGIDs typically fall into one of the three types:

Eosinophilic esophagitis (EoE): EoE is the most common and difficult type of EGID to manage. It is characterized by inflammation of the esophagus due to abnormally high levels of eosinophils in that area of the GI tract. Symptoms can include abdominal pain, diarrhea, nausea, severe vomiting, difficulty swallowing, and, at times, obstruction.

Eosinophilic gastroenteritis: Associated with eosinophils and inflammation in the stomach and small intestine

Eosinophilic colitis: Associated with eosinophils and inflammation in the large intestine 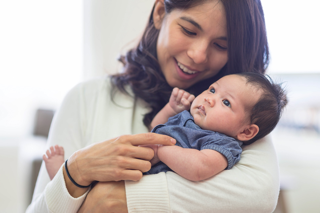 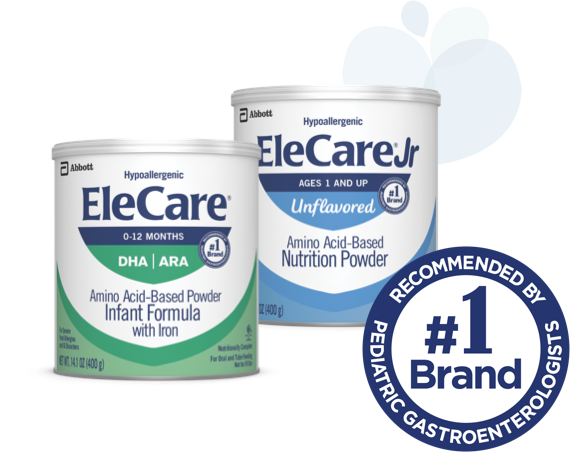 How EleCare and EleCare Jr can help

The protein in EleCare and EleCare Jr is supplied by amino acids, the building blocks of proteins, instead of intact or hydrolyzed protein.

For more information about EGIDs, check out:

The APFED supports patients and their families with education, awareness, research, support and advocacy.

The Oley Foundation gives people living with home intravenous nutrition and tube feeding the tools and confidence they need to achieve normalcy in their lives.

CURED is a non-profit foundation committed to raising substantial funding to aid in research, advocating on behalf of EGID patients and their families.

Learn how EleCare helped one young patient beat the odds associated with EGIDs and get back to loving life.

Your child is not alone. In fact, it’s estimated that 4 out of every 100 children in the US have food allergies.

Short bowel syndrome describes a group of problems affecting individuals who have lost the use of a major part of their small intestine.

FPIES is an immune reaction in the gastrointestinal system to one or more specific foods. It’s commonly characterized by profuse vomiting and diarrhea.

Malabsorption and Other Conditions

Nutritionally complete, amino acid-based EleCare and EleCare Jr are helpful in the dietary management of a number of GI conditions that cause malabsorption issues.